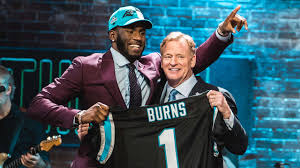 Based in Greenville, South Carolina, Edwin Shoffner is an executive who draws upon more than 30 years of retail experience in his role as president of Mattress By Appointment. Beyond his professional pursuits, Edwin Shoffner is a fan of the National Football League’s (NFL) Carolina Panthers.

Seeking to improve the front end of its defense, the Panthers selected 6-foot-5, 250-pound defensive end Brian Burns as its first-round pick, 16th overall, in the 2019 NFL Draft. Burns, who played both defensive end and linebacker at Florida State University (FSU), registered 24 quarterback sacks during three years with the team. He finished eighth in the nation last season with 10 sacks. His total of 9.5 in 2016 was the most recorded by a freshman at FSU in almost 40 years. He also had a conference-leading 15.5 tackles for a loss last season.